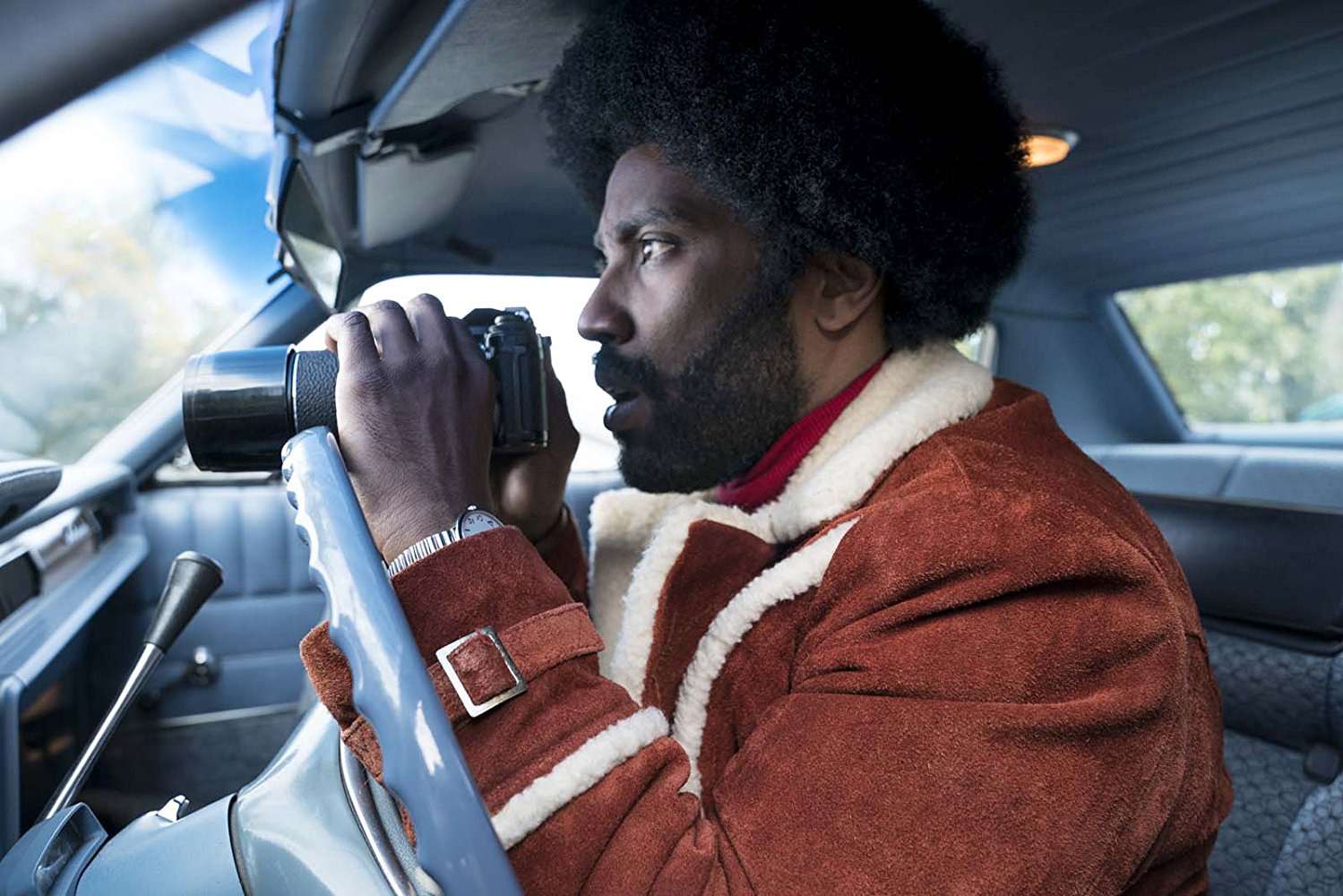 In 1970’s Colorado Ron Stallworth (John David Washington) joins the police force as its first black officer. Seemingly relegated to a future within the records dept., Ron decides to change the system from within. Proving himself to be an effective undercover officer, he immediately sets about infiltrating the local branch of the Ku klux klan.

...a triumphant adaptation of an amazing true life story.

Spike Lee’s ‘BlacKkKlansman’ is a film that finds the director back on electric form. Blending wry humour, outrage and committed performances from all of his cast, his latest film is a triumphant adaptation of an amazing true life story.

With John David Washington as Ron and Adam Driver as his undercover alter ego Flip Zimmerman, both actors immediately ground their roles with a palpable sense of tension and believability. However opposite them Jasper Pääkkönen’s Felix Kendrickson is a manically paranoid presence. Espousing both racial hatred and distrust, his on-going goading of Flip gives both him and Driver some of the most highly charged scenes in the movie. However floating above all of these actors’ voices is that of Spike Lee himself. With an unwavering gaze and no opportunity left untouched, Lee delivers a breezily-paced thriller that always has a target in its sights. Laced with barbed dialogue and catchphrases that echo modern injustices, ‘BlacKkKlansman’ is a movie about now as it is about then.

In the end, lest the point has not been made, ‘BlacKkKlansman’ ends with these references writ large. Effectively using the headlines of today, this movie comes across as a more subtle scalpel than Lee’s ‘Malcolm X’. With its education wrapped in entertainment, this is a deserved Palme d’Or winner that not only satisfies dramatically but also serves notice on modern-day America.