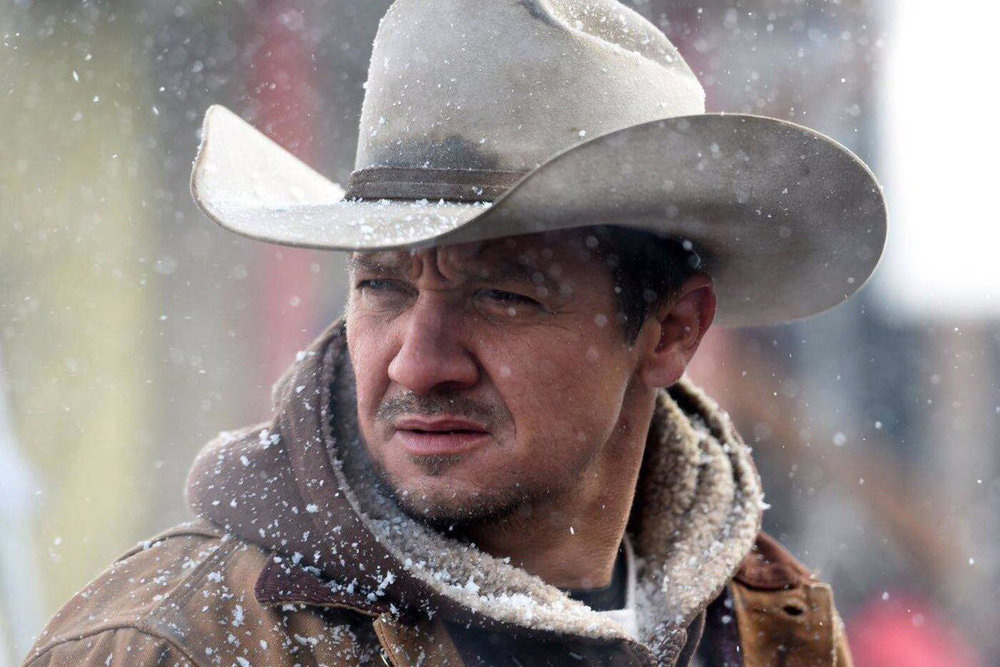 En route to kill a rogue mountain lion, US Wildlife agent Cory Lambert (Jeremy Renner) visits his Native American ex-wife to collect their son for the weekend. Haunted by the past memories that his arrival brings, it quickly becomes clear that both are traversing more than a marital divide – but one of grief also. Later when Cory finds a dead, frost bitten girl in the snow, this grisly discovery will threaten to bring back much more than ghosts from a past they can never forget.

As with director Taylor Sheridan’s exemplary ‘Hell or High Water’, ‘Wind River’ is a movie where you learn about each character as they learn about themselves. Unlike the trite ‘Thunderheart’, ‘Wind River’s’ characters are defined by their relationship to the Native American landscape as much as the cultural fences that keep them penned in. Employing characters that broker both life and believability to its story, ‘Wind River’ is a drama that constantly threatens to boil over but happily never does.

'Wind River' is a film that manages to keep its powder dry right to the very end.

One of the reasons for this is that, whilst Jeremy Renner’s Cory Lambert might be the central character, he is not your typical hero. Making only small scale observations, his is a character who relegates himself to the edges of his own experience rather than looking to his grief for answers. Like Elisabeth Olsen’s believable FBI field agent brought in to solve the case, hers is another character who must navigate an emotionally charged tightrope. On the one hand being desperately naive, she must stand alone in a foreign landscape of men all of whom look to her for leadership.

In avoiding both the pitfalls and generalisations of other culture clash movies, ‘Wind River’ is a film that manages to keep its powder dry right to the very end. With its absorbing characters, unforgiving landscapes and insular attitudes, ‘Wind River’ is another insightful movie by Taylor Sheridan that informs you as much as it entertains.