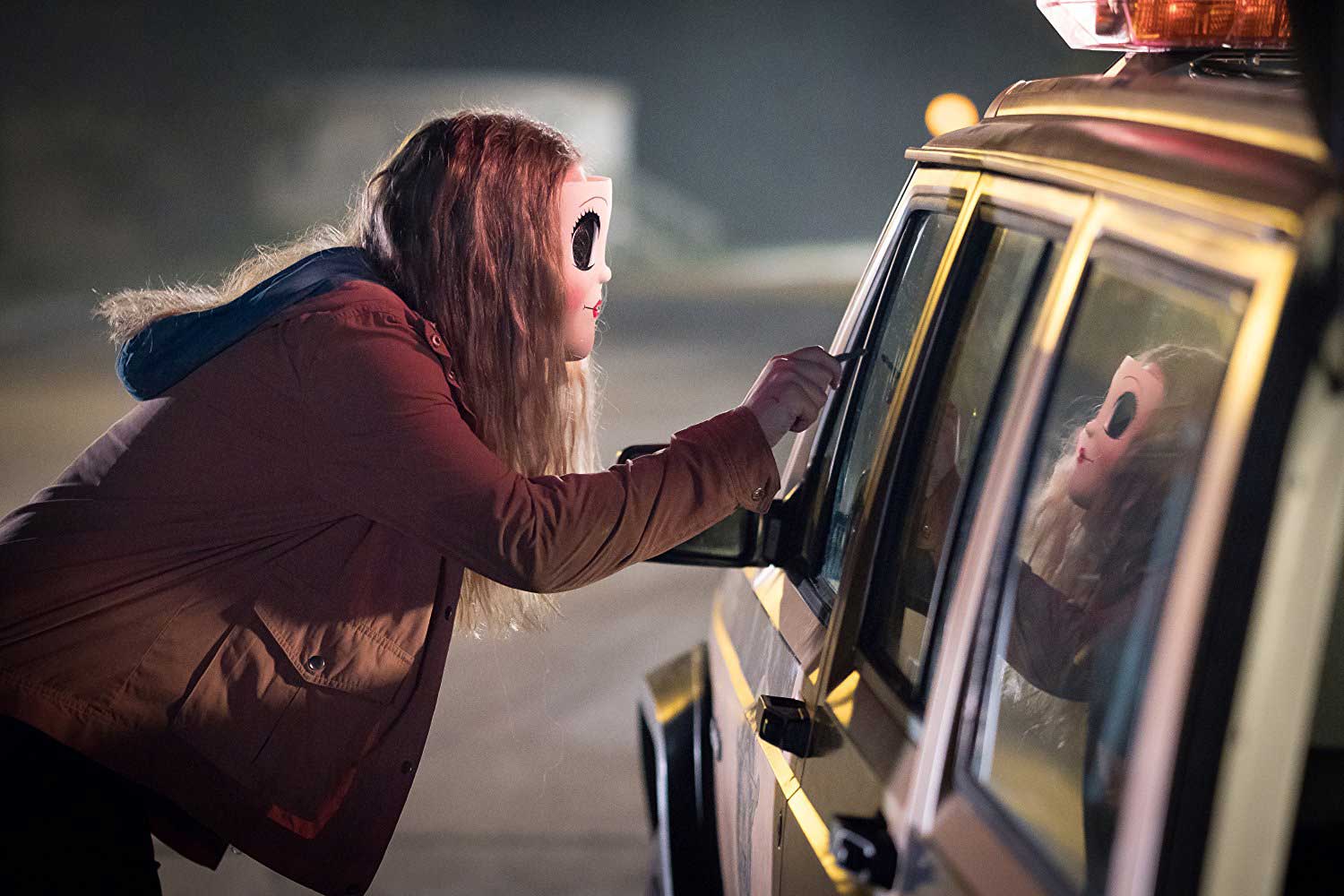 Mike and Cindy take their son Luke and wayward teenage daughter on a family trip to their aunt and uncle’s trailer park. Arriving after dark, they settle in whilst their kids take a stroll around the park. Then, at that moment, they hear an ominous knock at the door…

'...leans so heavily on established horror movie riffs that it quickly collapses under its own laziness.'

To describe ‘The Strangers – Prey At Night’ (sequel to 2008’s The Strangers) as “derivative” would be a gross disservice. It’s much worse that. Bereft of any originality or scares, this is a sequel that leans so heavily on established horror movie riffs that it quickly collapses under its own laziness. Whilst masked villains prowl around the trailer park as if lost from the the movies of Wes Craven and John Carpenter, they seem to be drawn-in instead by the lure of the producer’s camp 1980’s playlist. As Bonnie Tyler trills her way through ‘A Total Eclipse Of The Heart’, the cynicism and redundancy starts to well up with the blood, so much so that even the presence of Christina Hendricks can not bring this one back from the dead.

So, jacked up on such unimaginative bricks, this is one trailer park horror that stubbornly refuses to move with the times. Deciding instead to wallow in lazy nostalgia, this is a movie that pins its hope that some recognising its 1980’s larcenies as irony. They won’t. Avoid.

Bad Times at the El Royale